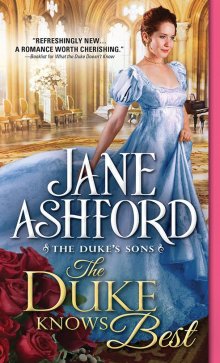 Some places are just magical. Wouldn’t you agree? The specific spot varies with the person, I’m sure, but I’ll bet we’ve all felt that somewhere on the Earth.

One place that gives me that feeling is the Wild West coast of Ireland, in particular the Dingle peninsula in County Kerry. This spit of land reaches forty miles or so into the North Atlantic and is ringed by amazing cliffs and beaches. The region is a center of Irish language and culture and has all the amenities you’d want for a holiday – hiking trails, restaurants, beaches, shops in charming towns.

It’s also home to many monuments from ancient times. When I was there, one day I followed a winding path past fields and groves to a circle of stones amidst the trees. It was easy to imagine people gathering there to mark important occasions in the life of their group or offer prayers and gratitude. Intimations of the sacred left a hush over the place. I felt privileged to have found it.

In another area I saw dolmens, which are mysterious single-chamber constructions of two or more vertical stones with a large horizontal capstone. These Neolithic sites may be tombs, or they may not. No one knows. They were typically covered with earth or smaller stones, but many of these have weathered away, as you can see in the picture of me standing in front of one. I know it looks like the lid is on my head. What can I say? I’m better with words than images.

What places have you visited that felt magical?

Lord Randolph Gresham has an up and coming career in the Church, and has come to London for the season to find a wife. A feisty and dangerously attractive young woman who insists she'd never marry a clergyman keeps distracting him. This shouldn't be a problem—they'll just avoid each other. When they're forced to sing together, though, the duet is a deeply sensual experience. Verity Sinclair, daughter of the Dean of Chester Cathedral, hasn't changed her mind about the future. But Randolph proves hard to resist, and when they finally give in to their passion, there's only one option left: marriage.

Jane Ashford has written historical and contemporary romances. Her books have been published in Sweden, Italy, England, Denmark, France, Russia, Latvia, Slovenia, the Czech Republic, Slovakia, and Spain, as well as the U.S. She has been nominated for a Career Achievement Award by RT Book Reviews.