Title Challenge: Georgette Heyer's 3 Best Books by Jane Ashford, Author of How to Cross a Marquess

Here’s a challenge—choose Georgette Heyer’s three best titles. It’s a question that often comes up on the Georgette Heyer Appreciation Group on Facebook. And the answers are as different as the readers, because this originator of the Regency romance created a range of character types and narratives. My top choices have changed over my years of reading Heyer. When I first read her work, many years ago, I fell for the alpha heros. Lately, I’m much more taken with her less domineering men—Adam from A Civil Contract, the not really hapless Freddie in Cotillion, the soft-spoken Duke of Sale, the slightly goofy but masterful Hugo Darracott in The Unknown Ajax.

Here are some of my favorites.

In Cotillion Kitty Charing’s rich old guardian declares that he’ll make Kitty his heiress if she marries one of his great-nephews. Kitty arranges a fake betrothal to deal with this outrageous demand, much against the better judgment of Freddie Stanyon. As the two pretend to be engaged, they both grow and change in moving ways, which makes the end very satisfying.

I like Venetia because the heroine takes things into her own hands at the end and insists on her happy ending. She’s lived her whole life sequestered in the country, away from the fashionable world. When the rakish Lord Damerel arrives to spend time at his ancestral home next door, they fall in love. But he pushes her away, convinced that marriage with him would ruin her. Venetia has to delve into surprising family secrets and find the courage to use them for herself.

And then there’s Hugo. In The Unknown Ajax, much to the dismay of the noble Darracott family, an accident has reduced their ranks, making Hugo the heir. Hugo’s father was disowned for marrying a weaver’s daughter, and everyone expects him to be a lumbering peasant when he shows up for a visit. He’s astonished by this mistake and their rudeness and would simply leave if it weren’t for the lovely Anthea. In the end, Hugo saves the day in one of the funniest scenes in Heyer’s work.

There are many more wonderful Heyer stories to try. All of them with a host of vivid secondary characters, snippets of history scattered throughout, and sparkling period language. It’s hard to go wrong whichever you choose.

The Marquess of Chatton and his neighbor Fenella Fairclough have known each other all their lives. They refused to marry each other years ago when their parents demanded it, and they won't concede now—even if circumstances have brought these former enemies much closer than they ever could have anticipated...

Jane Ashford discovered Georgette Heyer in junior high school and was captivated by the glittering world and witty language of Regency England. That delight was part of what led her to study English literature and travel widely. She’s written historical and contemporary romances, and her books have been published all over Europe as well as in the United States. Jane has been nominated for a Career Achievement Award by RT Book Reviews. Find her on the web at www.janeashford.com and on Facebook. If you’d like to receive her monthly newsletter, you can sign up at either of those sites. 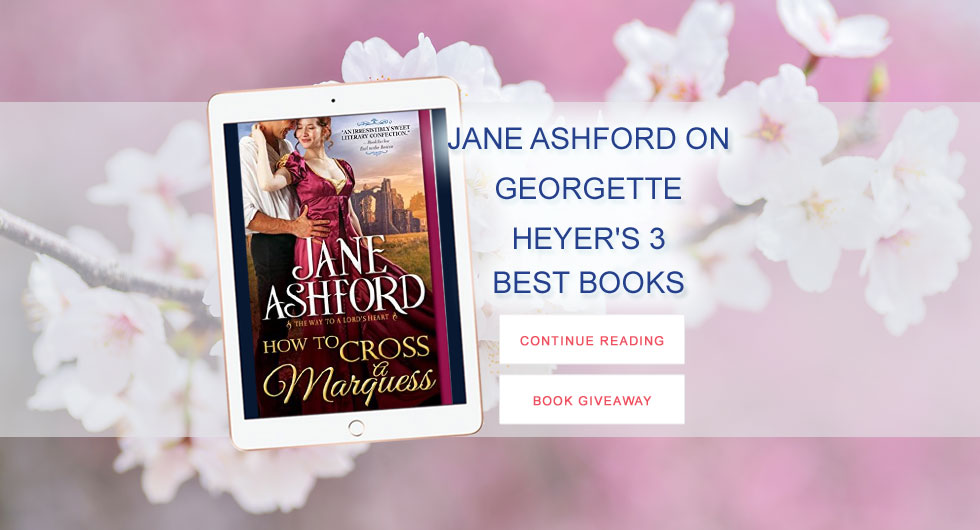