It's time to settle into a cute excerpt set in Alaska. Plus enter to win a copy.

Lana slid back onto her stool. “The first of the month is coming fast.”

?“Yeah, the Christmas decorations keep reminding me.” Rick’s heart sank. If she knew he was behind on his pool hall’srent, she’d know how much. And she’d know it wasn’t going to get any better in the next two weeks.

?Rick’s eyes stayed on the wall as he tried not to let his flaring pride show. “For the back rent?” He would rather be punched in the face than accept that kind of charity.

?“No,” Lana said, shaking her head. “For an extension. You’re good for the rent, Rick. It never occurred to me otherwise. But if I start giving extensions, everyone will want them. Then it’ll become a nightmare for the management team. You’ll have to play me for it.”

?His mouth twitched slightly as he finally looked at her. “You sure? I’m going to win.”

?“Don’t underestimate me. Men have a bad habit of underestimating women in business affairs. It never goes well for them when they do.” Her eyes flickered over to the pool tables as if considering the challenge she’d offered him.

?Agreeing would have been so easy. Instead, Rick reached out and touched Lana’s hand to draw her attention back to him. The action had been instinctive, but in hindsight, feeling her smooth skin beneath his rougher fingertips was dangerous. An unexpected attraction was one thing. Having her this close, the subtle scent of her perfume scrambling his wits and clawing at his defenses, was another.

?“I’m a decent player.” Rick felt obligated to warn her. “It’s kind of a hazard of the profession.”

?Lana gave him an arch look, one that made him lean in closer. “Well, then I won’t feel too bad when I beat you.”

?Lana brought her drink to the table closest to the fireplace. “I’m a little chilly.” She shrugged her jacket off once they were in the vicinity of the space heater he’d set next to that side of the wall. “You’d think I’d be used to the weather after so many Chicago winters.”

?Rick grabbed a second space heater from near the door and plugged it in, aiming it her way. Then he glanced at the cold fireplace. “Want me to get a fire going?”

?“Maybe next time.” Her eyes sparkled as she chalked her cue stick. “This won’t take very long. Best out of three?”

?Unable to resist the challenge in her eyes, Rick found himself dangerously close to smiling. “Your break.”

?The sweater Lana wore was long enough that it stayed snug around her hips when she bent over to break, but the loose cowl neck slipped down her shoulder. Rick was learning a lot today about Lana and himself. Apparently, he was a shoulder guy. Who knew?

?“You’re staring at me.” Lana looked up, and when she flashed him a heart-stopping grin, Rick was tempted to throw the game for the sheer hell of it.

?“You’re gorgeous,” he said quietly, since all sense had already abandoned him.

This giveaway is now over. The lucky winner of the print copy is: Denise Carlson 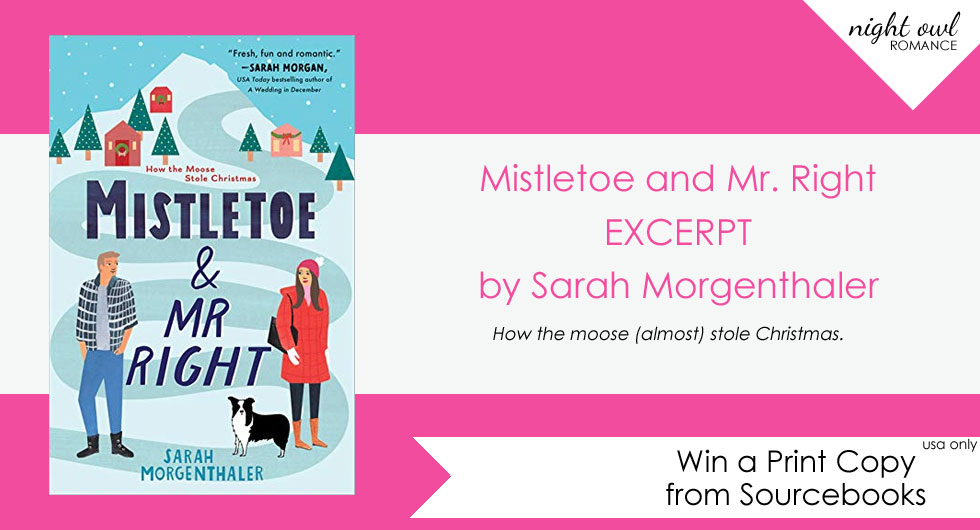