5 Things I Gave up to Become a Romance Writer, by Amy Sandas, Author of The Outlaw’s Heart

Time – One of the very first things I had to give up to become a romance writer was time. Sleeping time. Reading time. Time with family and friends. Because I work a full-time job and have three kids, my free time is limited already. Early mornings are most conducive to writing for me, so I started setting my alarm a couple hours earlier every day to make space for my writing. Earlier mornings led to earlier bedtimes, which means it is extremely rare for me to stay up to watch a movie with my husband after the kids are in bed.

Relaxation – Because my time is so tightly packed with the day job, family and household needs, and fitting in as much writing time as possible, I do not often find myself with much time to simply relax. Even when I do manage to squeeze in some down time, I’m usually anxious over the feeling that there’s something I should be doing! I can rarely sit still for very long, but a really great book will occasionally get my butt planted in the corner of the couch for a little while…until dinner needs to be made, or laundry folded, or emails checked.

Sensitivity – Another thing I had to give up was my sensitivity to critical feedback.  In the beginning, it was very hard for me to get used to sharing my work and having people comment on it and suggest changes. I had to find a way to accept criticism for what it is and learn to grow from it and use it to make my writing stronger. I feel like I’ve gotten over my sensitivity when it comes to receiving feedback during the creation and revision of my stories, but I admit I still take a hit when I come across a negative reader review. It helps if I remind myself that I will never please everyone and I just need to keep improving and continue trying to write the best stories I’m capable of.

The Idea of Perfection – When I first decided I wanted to try to write a Romance novel, I had many false starts and doubts. I could never seem to get the written result to match what was in my head. The frustration and disappointment often led to long gaps in my writing attempts. But I kept coming back to my stories, kept trying to get them onto the page. And each time, it got a little easier. Not necessarily because the writing was so much better, but because I allowed it to be what it was so I could keep moving forward. After I finished my first manuscript, I started a second and eventually finished that one. Now, many years and more than fifteen manuscripts later, I still don’t feel like the finished result lives up to my internal vision, but I know it’s gotten closer. I keep learning, honing, experimenting, practicing, revising. I no longer strive for perfection in my work. Instead, I just hope to keep getting better.

The Fantasy – Something else I had to give up early on was the fantasy of what being a published author would be like. I envisioned huge royalty checks and bestseller lists and quitting my day job. It didn’t take long to realize that although that can happen for a rare few, for the majority of authors, the road to success is a slow and steady climb that includes various turns and setbacks. And the very idea of what success looks like can change as you grow and learn. There are still aspects of my fantasy vision that remain, but I’m much more pragmatic on what it will take to achieve my goals.

Determined to escape their fates

Flee West to find freedom that can only be had

Desperate to escape an unhappy marriage, Boston socialite Evelyn Perkins flees west in hopes of losing herself to the dusty frontier. But when her train is boarded by outlaws, Evelyn is taken for ransom. Despite her terror, Evelyn fears being returned to her husband more. Refusing to co-operate, she becomes the responsibility of a man whose steady gaze threatens to pierce her brave façade and reach the wounded heart within.

Gabriel Sloan has his orders, but the haunting shadows in the pretty young woman's eyes spark an intense protective instinct he can't deny. Every look, every touch brings them closer together. He would do anything to protect her, but dangerous men are on their trail, and soon the two must face Evelyn's darkest nightmare—or risk losing the unexpected joy they've found forever...

MORE IN THE SERIES

Amy’s love of romance began one summer when she was thirteen and complained of boredom. She ended up with one of her mother’s Barbara Cartland books and an obsessive interest that expanded from there. Her affinity for writing began with sappy pre-teen poems and led to a Bachelor’s degree with an emphasis on Creative Writing from the University of Minnesota—Twin Cities.

She writes in the early mornings while her young kids are still asleep and dreams of a future when she can write all day instead of going to her “other” job. In the evenings, Amy is a full-time wife and mother who enjoys pizza, wine and dark brooding heroes…namely, her husband. 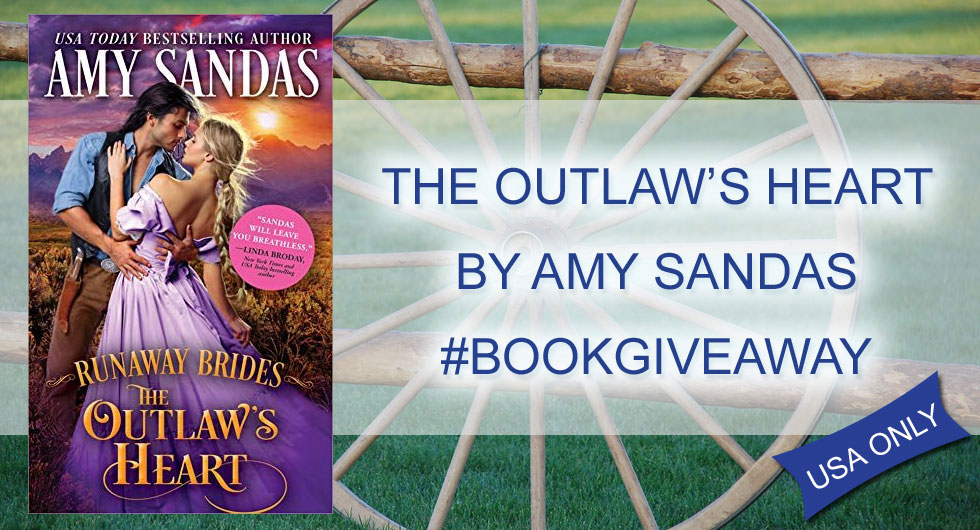